Consequences of Brexit for British residents buying in France 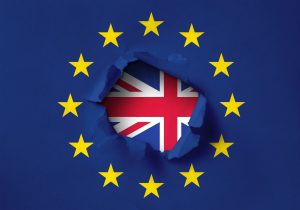 A question on everyone’s lips at the moment is what effect will Brexit have on British residents wishing to purchase a property in France? Some people are worried that potentially they will no longer be able to buy in France and are rushing to buy before Brexit actually happens.

Yes, potentially, there will some snagging while the divorce between Europe and Britain occurs and travel between Britain and France may become more tiresome if free movement can no longer happen. It could be possible that permanent settlers in France will require residency permits like other non EU residents, but at this stage all of that remains unclear and will depend on both France and Britain.

But, it’s important to remember that non EU residents have being purchasing property in France for decades, just as the British did before they joined Europe.

In terms of mortgages, banks will continue to lend to British buyers even though it isn’t yet known if mortgage  conditions will change, but we have every reason to suspect that they won’t, at least not for all of the banks currently lending to the British.

The accountancy, tax and employment situation in Britain is clear and banks are familiar in assessing mortgage paperwork for British buyers and that won’t change.

In terms of  conditions we suspect that we will continue to be able to achieve 80 – 85% loan to value mortgages for British buyers as even now, we service customers from all over the world including the US but also countries such as China and Dubai with this loan to value.

Probably the most worrying thing for buyers at present would be the impact of Brexit on the value of Sterling compared to the Euro, so we would recommend factoring in a contingency plan when setting your budget. It’s also important to seek the advice of a currency broker in the present climate also.

Obviously there’s a long way to go before Brexit happens and a lot of variables remain unknown at this stage, but we are confident, as are the banks, that British will be able to continue buying French property easily post-Brexit.